The Serbian Radicals’ leader argues he should be released at the half-time of the trial because the prosecution has failed to call enough evidence to lead to his conviction. Seselj believes that in the case he is acquitted, he should get some compensation for the eight years he has spent in detention ‘groundlessly’ 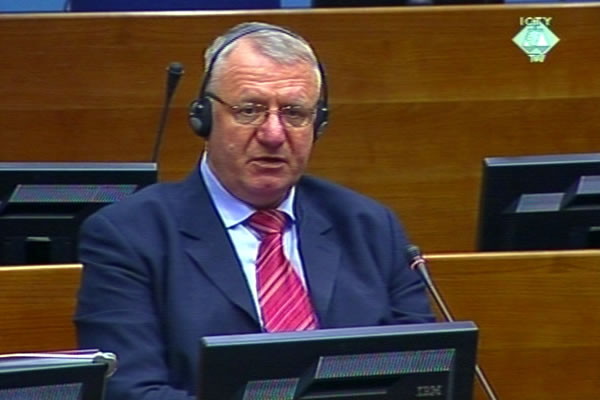 Vojislav Seselj asked the Trial Chamber to acquit him before the end of the trial, immediately after the prosecution rested its case. Seselj is convinced that the prosecution has not called any evidence that could lead to his conviction. Certain that he would indeed be released, the Serbian Radicals’ leaders demanded at the Rule 98 bis hearing today that the Tribunal pay some compensation for what he called eight years of ‘groundless’ detention and ‘an interruption to his political career which was on the rise’.

Seselj claims the prosecution did not call enough evidence to support the allegations about his participation in a joint criminal enterprise aimed, according to the indictment, at the elimination of Croats and Muslims from large swathes of Croatia, Vojvodina and BH. Seselj criticized the legal concept of the joint criminal enterprise used at the Tribunal; it has never been applied in international criminal law, he argued.

The accused didn’t deny that he took part in the wars in the former Yugoslavia but there is no evidence of his responsibility for the crimes. Seselj didn’t deny the allegation in the indictment that during the wars he gathered, trained, equipped and dispatched volunteers to the front lines. According to Seselj, however, the prosecution failed to prove that a single member of those units called ‘Seselj’s men’ had ever taken part in any crimes: persecution, murder, torture, cruel treatment, deportation, forcible transfer, and destruction and looting of public and private property. ‘My volunteers fought, they did not commit crimes’, Seselj was adamant. Seselj would in fact withdraw on moral grounds from politics if any crimes committed by his units were proven.

The accused contends that he could be convicted only of the crimes that may have been committed by his volunteers, but not by other Serbian units, like ‘Arkan’s men’. The indictment alleges that the members of other units participated in the same joint criminal enterprise. The accused didn’t deny that Arkan’s units and some other paramilitaries were responsible for the mass murders and looting in Croatia and BH, but he claims that the Serbian side didn’t intend to commit crimes and crimes were just a response to the crimes committed by Croats and Muslims.

Seselj devotes a part of his presentation today to the allegations in the indictment that his ‘warmongering speeches’ contributed to the expulsion of non-Serbs from parts of Croatia, BH and the village of Hrtkovci in Vojvodina.Seselj claims that the prosecution expert Anthony Oberschall ‘betrayed the prosecutors’ and for all intents and purposes testified for the defense. Based on selected quotes from Oberschall’s evidence, Seselj claimed that the American sociologist had stated hate speech was not a crime in the USA. This is only partly true, because Oberschall explained in the course of his evidence that in peacetime people can say whatever they want, because of the freedom of speech, but in wartime, when civilians are killed, this becomes a crime.

With supreme conviction that his version of the trial so far is accurate, Seselj said that ‘all in all, I will see the end of the trial but the prosecution will not save its face’. Whether he is right or not might become clearer tomorrow, when the judges will hear the prosecution’s arguments.