PROSECUTOR: ‘QUASI-MILITARY LEADER SESELJ GUILTY OF CRIMES IN THE INDICTMENT’

On the first day of the closing arguments at Vojislav Seselj’s trial, the prosecutors described the contribution of the accused to the joint criminal enterprise in which crimes against Croats and Muslims were committed. The prosecutors spoke of Seselj’s influence as a politician and a ‘quasi-military leader’, his propaganda of hatred, his calls for crimes against non-Serbs and his efforts to recruit volunteers who later committed crimes 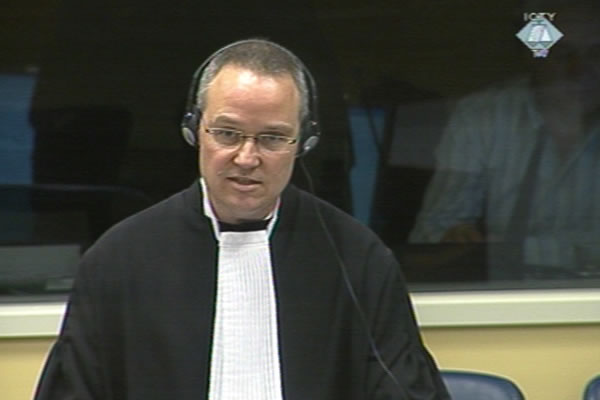 Mathias Marcussen was the first member of the prosecution team to address the judges with the closing argument at the trial of the Serbian Radicals’ leader. Marcussen described the murder of 88 Bosniaks in the Culture Hall in the village of Drinjaca near Zvornik in the spring of 1992. One of the victims was a protected prosecution witness who survived the execution, but his father and three brothers were killed. The witness claimed that the prisoners were first beaten up by ‘Arkan’s men’ in the Culture Hall. Then ‘Seselj’s men’ took the prisoners out and executed them. The evidence called during the trial shows that Vojislav Seselj was ‘responsible for the crimes in the village of Drinjaca, but also for the crimes in the fighting in Vukovar, Zvornik, Mostar, Nevesinje, in the Sarajevo area and in the village of Hrtkovci in Vojvodina’, the prosecutor said.

The prosecutor contends that the evidence proves ‘beyond reasonable doubt’ that the crimes listed in the indictment – persecutions, deportation, forcible transfer of non-Serbs, beatings, torture and rape in detention facilities, murder of 905 persons, looting, destruction of houses and religious buildings – did indeed happen at those locations. These crimes were part of the joint criminal enterprise aimed at eliminating non-Serbs from large parts of Croatia and BH and from the village of Hrtkovci in Vojvodina. As Marcussen argued, the prosecution has proven that there was close cooperation between Seselj and other participants in the joint criminal enterprise: Slobodan Milosevic, Jovica Stanisic, Milan Babic or Radovan Karadzic. Seselj’s ‘men’ acted in concert with other Serb forces involved in the crimes against Croats and Muslims. The prosecutor recalled the evidence which showed that Seselj’s Chetniks fought side by side with the JNA, the Serb armies in Bosnia and Krajina, the Serb police, and ‘Arkan’s men’. Indeed, Seselj’s Chetniks received supplies from Arkan training camp in Erdut.

As prosecutor Biersay took over, she said that the evidence shows Seselj’s contribution to the goals of the joint criminal enterprise was three-fold. First, Seselj contributed through the authority and influence he wielded over those who actually committed crimes as the leader of the second strongest party in Serbia and a member of the Serbian parliament. Seselj’s influence was also due to his status as a ‘quasi-military leader’ with the Chetnik rank of vojvoda and ‘a charismatic media star’.

Secondly, the prosecution contends that Seselj contributed to the crimes through ‘his propaganda of hatred’, through his hate-mongering speeches before and during the conflict. The prosecutor insisted that Seselj used the speeches ‘as weapons’. In fact, he himself admitted to that when he said ‘words sometimes could fire like howitzers’. The evidence shows that Seselj laid the groundwork for crimes by urging Serbs to avenge their World War II victims. He justified any atrocities they might commit against Croats and Muslims. He also constantly advocated separation from these two ethnic communities and the creation of a Greater Serbia whose western border was to run along the line Karlobag-Ogulin-Karlovac-Virovitica line. ‘He knew that his propaganda fired like a howitzer but now, facing criminal prosecution, Seselj wants the Trial Chamber to believe that his words had no impact at all’, the prosecutor insisted.

Several videos of Seselj’s ‘fiery’ speeches were shown as the closing arguments continued. In the speeches, Seselj called for revenge against Croats and warned Muslims there would be ‘rivers of blood’ if BH declared its independence. Crimes like those in Vukovar, Hrtkovci or Zvornik were committed immediately after Seselj’s warmongering speeches, the prosecutor recalled.

The prosecutor will speak about the third aspect of Seselj’s contribution to the joint criminal enterprise, recruitment and dispatching of volunteers to the frontlines, tomorrow. The prosecution is expected to complete its closing argument in ten working hours. Seselj will deliver his closing argument next week. Seselj tried to interrupt the prosecutors several times today, but the Trial Chamber either ignored them or dismissed his remarks as ‘inappropriate’. 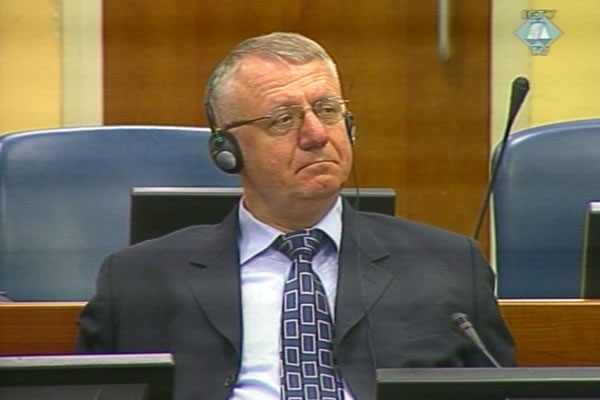