SESELJ GOT MORE THAN MILOSEVIC BUT ASKS FOR MORE

Unlike Milosevic who never recognized the Tribunal and never ask money to finance his funding of the defense, at the status conference today Seselj admitted “that the Tribunal is a physical fact you can’t escape from”. And that is why he now asks for money 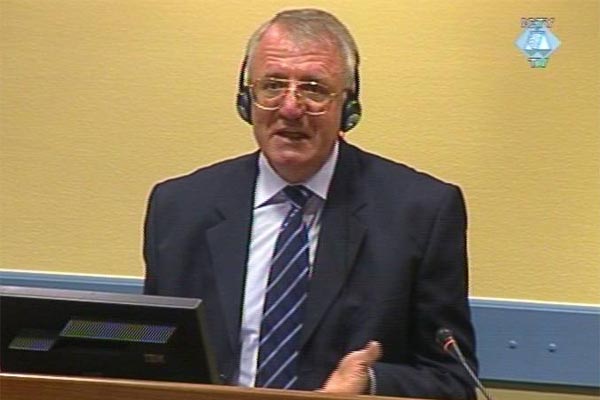 Vojislav Seselj in the courtroom
Vojislav Seselj demands to be given the same conditions to prepare for his defense that were granted to Slobodan Milosevic. In the end he got even more than that. A special cell he can use as an office, equipped with a telephone line for confidential conversations, a photocopier, computer and DVD reader were placed at his disposal but he refused to use them. He was then offered a liaison officer and training for his legal representatives for work in the so-called electronic courtroom. In addition to this, the Registry agreed to reimburse monthly travel expenses of Seselj’s legal representatives, to pay € 1,200 for the rent of their apartment in The Hague, and to provide a monthly sum of € 1,500 to Seselj’s case manager.

Seselj agrees that this “is much more than Milosevic got” but points to the difference in their cases. Seselj said that Milosevic consistently refused to recognize the Tribunal and never asked the Tribunal to finance his defense. Seselj, on the other hand, said today, “I contest the legality of the Tribunal but I admit that it is a physical fact that you can’t escape from” and asked the Tribunal for money. He needs the money not only to pay the fees of his legal representatives, but also to pay for the services of famous experts. Lawyers Verges from Paris and Levi from New York and the US intellectual Noam Chomsky are among them.

Contrary to his behavior at the last status conference, pre-trial judge Antonetti was careful today with promises to meet all of Seselj’s requests. He drew attention to the procedure and requirements for legal aid. The first step is the determination of the material status of the accused. According to the Registry, Seselj “failed to cooperate” in efforts to determine his material status.

Seselj claims that he was cooperating but his family refused to do so. His wife did not want to speak to the representative of the Registry because she found “his appearance repugnant”. His mother refused to cooperate too, saying “she didn’t take part in any crimes” her son may have committed and she “refused to bear consequences”.

Seselj is willing to contribute to the financing of his defense but his account with $ 70,000 in a New York bank is blocked and he cannot use these resources.

Other issues related to the preparations for the trial were also discussed at the status conference today. The start date is uncertain because of the busy schedule of the judges and courtrooms in the ICTY. Judge Antonetti indicated that the next status conference will be held in two weeks’ time.