The Appeals Chamber orders the Trial Chamber to review its decision that there was not enough ground to charge Aleksandar Vucic, Seselj’s collaborator, with contempt of court for disclosing the identity of a protected witness 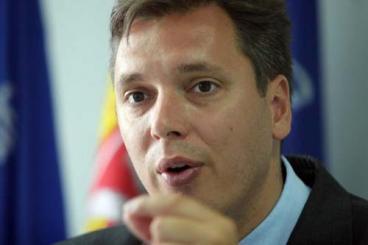 The prosecutor launched the investigation against Vucic in January 2008, because Vucic was suspected of disclosing the identity of a protected prosecution witness at the trial of Vojislav Seselj. Since the prosecutor is a party in the Seselj case, the Trial Chamber ruled that the investigation should be conducted by an independent amicus curiae to avoid the conflict of interest. The amicus curiae’s name was redacted from the decision made public today.

In his investigation, the amicus curiae ascertained that the actus reus of the offense of contempt of court existed because Vucic did disclose the identity of a protected witness. In his report to the Trial Chamber, amicus curiae noted that he was not able to establish the existence of mens rea, the intent to violate the court order protecting the witness’ identity. In other words, he was not able to confirm that Seselj’s associate really knew that the witness’s identity was protected and that by disclosing it he had violated the court order. The Trial Chamber concluded on 10 June 2008 that there were not sufficient grounds to proceed with the contempt of court charges because there was no evidence proving ’beyond reasonable doubt’ that Vucic had violated the order protecting the witness’s identity.

The Appeals Chamber did however accept the prosecution argument that it was not necessary to present evidence ’beyond reasonable doubt’ for the proceedings to be instituted: a prima facie case was sufficient. The Appeals Chamber returned the Vucic case to the Trial Chamber.