ICTY President Pocar, Judge Trexel and the accused Praljak and Coric have brought up the UN Security Council resolution extending the judges’ term of office until 31 December 2009 or until the completion of their trials, whichever date is earlier 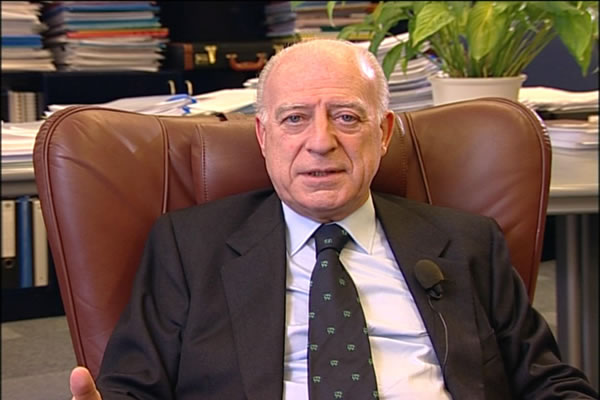 Fausto Pocar, president of the Tribunal
UN Security Council Resolution 1837 extended the term of office of the Tribunal’s judges until 31 December 2009. The resolution made waves in the UN Detention Unit in Scheveningen. Some of the accused, as it could be seen on Thursday at the trial of the former Herceg Bosna leaders, fear that they might not have enough time to call evidence in their defense; even worse, they are afraid that after 31 December 2009 their cases will be referred to local jurisdictions where they would face re-trial.

Slobodan Praljak and Valentin Coric, the fourth and the fifth accused on the list of the Bosnian Croat leaders, are worried that the Tribunal might close down before their turn to present their case comes. As they put it, it is enough that ‘some big fish in the Security Council’ vetoes the extension of the judges’ term of office after 31 December 2009. Swiss judge Stefan Trechsel shares their concern. Saying that there is a ‘country hostile towards the continuation of this international Tribunal’, Trechsel expressed his hope that ‘reason would prevail’ despite his belief that the ‘situation is far from being easy’. Neither the judges nor the accused named the ‘hostile country’; it is a common knowledge that it’s Russia.

The judges’ term of office and the ‘shelf life’ of the International Criminal Tribunal for the former Yugoslavia were discussed in the interview Judge Fausto Pocar gave for the TV Tribunal, a weekly overview of activities in The Hague produced regularly for the past nine years by the SENSE agency.

Though he recognized that Resolution 1837 might ‘seem negative at a first glance since it extended the term of office of the judges for only six weeks’, from 17 November when it expired until 31 December, ICTY President Pocar sees this resolution as an ‘important precedent’. As he notes, until its adoption, ‘some members of the UN Security Council persistently insisted that all trials should be completed by the end of 2008’; now the ‘Council unanimously concluded that the Tribunal’s activities should continue in 2009’, a fact Pocar says is ‘very important’.

However, as things stand now in the ICTY courtrooms, at least seven or eight trials might not be over by 31 December 2009: the trial of Radovan Karadzic, Momcilo Perisic, the three Croatian generals accused for Operation Storm, Mico Stanisic and Stojan Zupljanin, Zdravko Tolimir, and possibly Vojislav Seselj, Jovica Stanisic and Franko Simatovic and the six former Herceg Bosna leaders.

Judge Pocar admits that ‘in theory, according to the current resolution, those trials may not be spill over into 2009’. However, he is convinced that Resolution 1837 is ‘just a first step made by the Security Council’. He expects that ‘by the end of 2009, a new resolution will be adopted to make it possible for the trials to continue’. In the words of the ICTY president, he ‘cannot imagine that the Security Council might stop the ongoing trials that must continue until their natural completion’.
* * *

Full text of the interview with the ICTY president Pocar will be available from Saturday, 25 October 2008 on our web site.