WILL THE TRIALS BE COMPLETED IN 2008

"It is not feasible to envisage the end of trials activities at the Tribunal by the end of 2008," as the UN Security Council has ordered, ICTY President Theodor Meron says in his regular report. The possibility of constructing a fourth courtroom is being considered 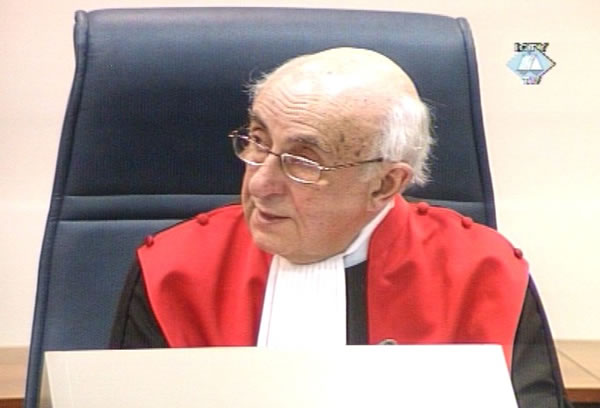 Theodor Meron, president of the Tribunal
ICTY President Theodor Meron predicts that the trials before the international tribunal will extend into the year 2009. "What is clear at this juncture” is “that it is not feasible to envisage the end of trials activities at the Tribunal by the end of 2008," as the UN Security Council has ordered, Meron says in his regular report to the Security Council.

He adds that any estimate about when the Tribunal may complete its work would be a gueswork, because it partly depends on unpredictable factors.

In his last report, in late 2004, Meron already indicated that it would be possible to meet the deadlines for the completion of the work if certain prerequisites are met, for instance, if enough cases are referred to the national courts and if a certain number of the accused plead guilty.

Six months later, it became obvious that there are more factors that may extend the work of the Tribunal. Chief Prosecutor has issued seven new or amended indictments, with a total of thirteen accused. Sixty accused are yet to stand trial – ten of them are still at large. If they all surrender or are extradited, it will take time to prepare for their trials. If they do not surrender, the Tribunal should wait for their arrival anyway, particularly for Karadzic, Mladic and Gotovina. Furthermore, only one decision to refer to a case to national courts has been rendered so far. Finally, Meron notes, since November 2004 there have been no new guilty pleas by the accused.

The possibility of constructing a fourth courtroom is now being considered – and states would be approached to donate funds – in order to be able to hold more sessions at the same time. "The Tribunal will leave no stone unturned in its search for greater efficiency, economy and expeditious procedures, international standards of due process and justice are not sacrified”, Meron says, warning that if the Tribunal does not complete its job "its lesson will be lost" - the lesson is that international justice is served and impunity denied.

The six-month report by the ICTY President was made public on the eve of his address to the Security Council, scheduled for Monday, 13 June.