Vojislav Seselj accused the prosecution witness Mladen Kulic of defending himself before a Croatian court by shifting the blame on others. Today Seselj applied the same strategy when he tried to shift the blame for the crimes in the village of Vocin in 1991 on the volunteer formations run by Mirko Jovic and Vuk Draskovic 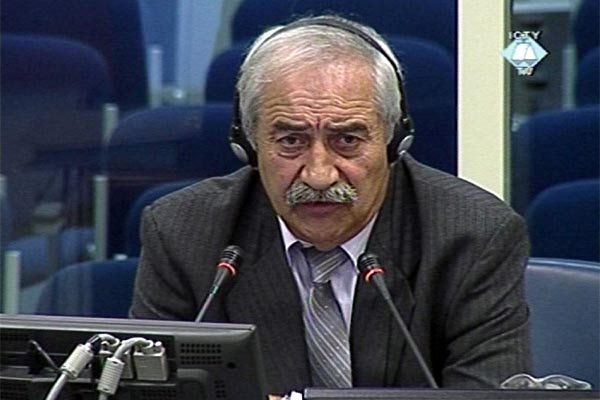 Mladen Kulic, witness in the Seselj trial
As Seselj told the court today, from the end of Mladen Kulic’s examination-in-chief to the beginning of his cross-examination, in the course of last night and this morning, Seselj received a number of faxes from persons that took part in the events in Western Slavonia in 1991 that the witness described in his testimony. All of them, Seselj clarified, felt the need to respond to what they called lies Kulic told in his evidence. They contacted Seselj's assistants in Belgrade and sent them their statements; they in turn forwarded those statements to The Hague.

Colonel Trbojevic claims that the SRS volunteers 'were an exemplary group' in Western Slavonia and that they withdrew on 8 December 1991, 5 days before the massacre in Vocin where, as far as he knows, 'problematic' volunteer groups of Mirko Jovic and Vuk Draskovic were deployed.

In his cross-examination, Seselj accused the witness of having defended himself before a Croatian court in 1995 by shifting the blame on others; he was thus acquitted of the crimes he had participated in. Kulic reminded the court that he had spent seven months in custody. He was charged with armed rebellion and crimes against Croatian civilians. He recommended to Seselj and to the judges to go through the record of the trial before the court in Bjelovar where he was acquitted because of lack of evidence.

When Pajo Baljak's inspired praise of the SRS volunteers was read to the witness, he replied that he knew the man and that it was not possible for him to use 'such vocabulary'. Seselj allowed it was possible that Baljak's statement was drafted by his legal advisors after they spoke to him. The prosecution then called the Trial Chamber to put a stop to the 'unacceptable practice' of reading statements that couldn't be contested in the cross-examination. The majority of the judges in the Trial Chamber – with presiding judge Antonetti dissenting – then ruled to prohibit Seselj from using statements faxed by his supporters to contest the evidence and credibility of witnesses.

Seselj called the witness a traitor, killer, liar and the US spy, and then, as the cross-examination drew to a close, Seselj started making vulgar language about the witness, prompting the otherwise tolerant judge Antonetti to put a stop to 'this unacceptable manner of examination'.


The next witness testified with protective measures. Witness VS 021 was a prisoner at Ovcara in Vukovar. In the night of 20 November 1991, he saved himself by jumping off the truck transferring the groups of prisoners to the execution site in Grabovo. As the witness testified under Rule 92 bis, his written statement was admitted into evidence. Seselj was then given an hour and a half to cross-examine him, but he refused to use the time, saying he wouldn't cross-examine any of the witnesses whose written statements were admitted into evidence. Noting that Seselj had a right to do it, the judge ended the hearing.