The Tribunal has announced that on 30 October 2013, the Serbian Radical Party leader will receive the judgment following his trial for crimes against non-Serbs in Croatia, Vojvodina and BH. The prosecution has called for 28 years in prison while Seselj claimed he was innocent 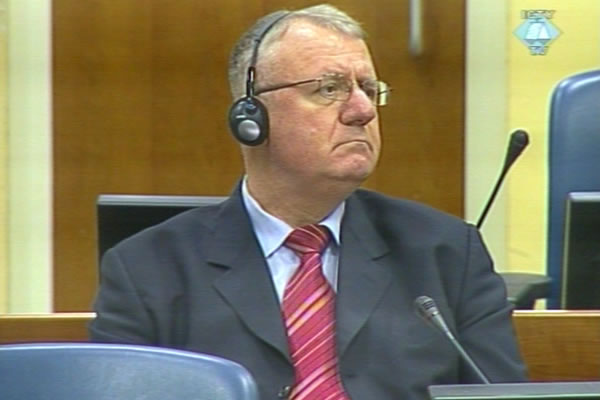 The Trial Chamber with the French judge Antonetti presiding will hand down the judgment to the Serbian Radical Party leader Vojislav Seselj on 30 October 2013 at 9 am. The Trial Chamber also comprises judges Harhoff and Lattanzi.

The accused was indicted for his part in the joint criminal enterprise aimed at expelling Croats and Muslims from large parts of Croatia, BH and the village of Hrtkovci in Vojvodina from 1991 to 1993, through murders, detention, abuse, rape, persecution and other crimes. Seselj was charged with recruiting, provisioning and running the volunteers of his Serbian Radical Party. Together with the other regular and paramilitary units, Seselj’s volunteers committed crimes in Vukovar, the so-called Serb Autonomous Region of Slavonia, Baranja and Western Srem, inmany BH municipalities and in the Sarajevo area. Zvornik, Mostar, Nevesinje, Brcko and Samac were among the BH municipalities where the crimes were committed. Seselj is also accused of inciting his volunteers to commit crimes by making warmongering speeches. In the indictment, this is qualified as persecution by hate speech.

Seselj’s trial began on 27 November 2006. After the prosecution’s opening statement the accused went on hunger strike and the trial was suspended. Seselj protested against the appointment of stand-by counsel. The prosecution delivered its opening statement for the second time on 7 November 2007. The last prosecution witness gave evidence in January 2010. The Trial Chamber called about a dozen of court witnesses, mostly Serbian Radical Party insiders. The witnesses were initially on the prosecution’s witness list but then had a change of heart and decided to testify for the defense. Seselj didn’t present any evidence in his defense case. The trial finally ended in March 2012 with the closing arguments of both parties. The prosecution asked for 28 years in prison for the Serbian Radical Party leader. Seselj claimed he was innocent.

Even as he was on trial for the war crimes, Seselj faced contempt of court charges three times because he disclosed confidential information on protected prosecution witnesses and refused to remove it from his website. He already has two final sentences of 15 and 18 months for those offenses. At third contempt trial, Seselj was sentenced to two years in prison, but the sentence is not yet final. It has been indicated that Seselj would serve the sentences concurrently: he has therefore already done his time, given the length of his detention on remand.