Judge Carmel Agius, president of the International Criminal Tribunal for the former Yugoslavia, opened the exhibition Targeting Monuments -Targeting History and Memory in the History Museum in Sarajevo. The exhibition deals with the destruction of cultural heritage in the wars in BH, Croatia and Kosovo 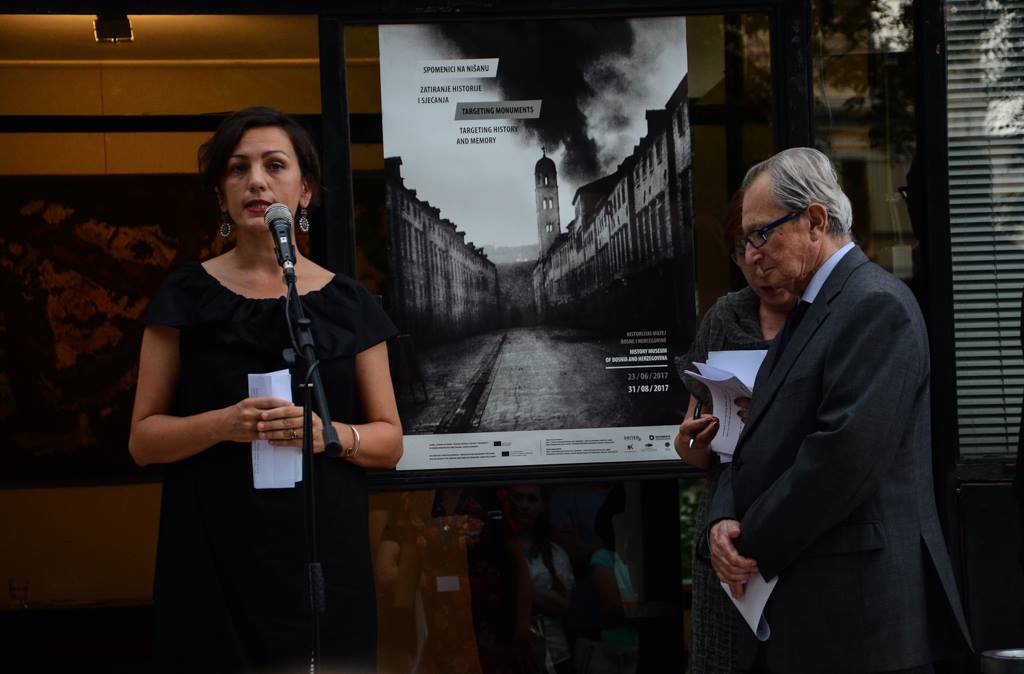 Targeting Monuments - Targeting History and Memory is an exhibition based on the interactive narrative with the same name; it tells the tale of the destruction of historical, cultural and religious monuments in the wars waged in the 1990s in the former Yugoslavia. The events have been investigated, reconstructed and prosecuted in the trials at the ICTY.

As Judge Agius noted in his address at the opening, the destruction of those monuments is 'a crime designed to strike at the very identity of a people'. The ICTY had unequivocally condemned those crimes, qualifying them as 'crimes against humanity and persecutions'. Indeed, as Judge Agius stressed, this is 'one of its most important contributions to international criminal law'.

The ICTY president stressed another reason why the exhibition is important: it is the result of a joint initiative launched by civil society organisations from Croatia, Serbia, Bosnia and Herzegovina, and the Netherlands; as he noted, this is 'a demonstration of the kind of cooperation that the region of the former Yugoslavia needs on all levels'.

The exhibition Targeting Monuments - Targeting History and Memory is part of a joint project run by SENSE Center for Transitional Justice (from Pula, Croatia), Documenta Center for Dealing with the Past (from Zagreb, Croatia), the Humanitarian Law Center from Belgrade, Serbia and the pan-European organisation for the protection of cultural heritage Europa Nostra from The Hague, Netherlands.

Other speakers at the opening ceremony were the director of the BH History Museum Elma Hasimbegovic, the exhibition curator Branka Bencic and the director of SENSE Center for Transitional JusticeMirko Klarin.

Before moving to Sarajevo where it will be on until 31 August, the exhibition was shown in Zagreb and Belgrade, In October and November 2017 it will move to Pula and to The Hague. In addition to the travelling exhibition, the joint project run by the civil society organisations from the former Yugoslavia includes study visits, roundtable discussions, workshops and international conferences on the links between cultural heritage and reconciliation.

The project Targeting History and Memory is supported by the EU through its "Europe for Citizens" programme.