The Association of the Defense Counsels organized a conference on the legacy of the Tribunal in The Hague. The Tribunal’s President Meron noted at the beginning that although many people don’t agree with the recent appellate judgments, in his view, the judgments show the value of a fair trial. In the opinion of some defense counsels, the recent acquittals show that ‘the Appeals Chamber has only now started rendering fair judgments’ 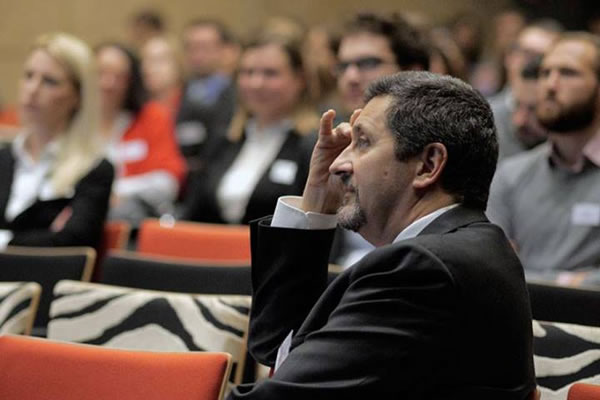 Novak Lukic, President of The Association of Defence Counsel Practicing at the ICTY

Two days after the Sarajevo conference marking the 20th anniversary of the International Criminal Tribunal for the former Yugoslavia, the Association of the Defense Counsels practicing before the Tribunal in The Hague organized its conference on the Tribunal’s legacy. The representatives of the OTP didn’t attend; they were absent from the Sarajevo event too. The Sarajevo conference was marked by harsh criticism and protests of the representatives of the victims’ associations and civil society organizations directed primarily at the Tribunal’s President Meron. The meeting in The Hague was more moderate in criticism and more generous in praise.

The Association’s president Novak Lukic opened the conference expressing his regret that the representatives of many of the embassies had not even responded to the invitations. That, in Lukic’s words, ‘might speak about the public image of defense counsels’. President Meron was the next speaker. He spoke about the ‘extremely painful’ visit to the Tomasica grave and to talks with the representatives of the victims’ associations in Prijedor and Sarajevo. President Meron stressed the importance of the Tribunal’s legacy. As he said, the Tribunal is ‘the keeper of evidence and information about the tragic events in the former Yugoslavia’. He mentioned in passing the latest appellate judgments, which have led many to see a change in the Tribunal’s course. President Meron merely noted that many people didn’t agree with them, but they nevertheless show the value of a fair trial, and that is ‘crucial for everything that the Tribunal has done until now’.

In the first panel discussion on the rights of the accused, Belgrade lawyer Mira Tapuskovic spoke about the equality of arms between the prosecution and the defense. Tapuskovic criticized the lack of funds available to the defense counsels. In his presentation on the right of confrontation, former Tribunal judge Iain Bonomy stressed that opting for an aggressive approach didn’t always yield positive results for the defense. Bonomy remarked he was aware of the recent ‘unfortunate events and criticism of the judgments’, expressing his belief that the Tribunal would overcome those difficulties. Finally, defense counsel Christopher Gosnell spoke about the right of appeal, noting that the ‘high level of anxiety’ accompanied the appellate proceedings. In Gosnell’s words, the Tribunal’s final judgments were a ‘hazardous opportunity’.

In response to a question, US lawyer Michael Karnavas said that the Appeals Chamber had only recently started rendering fair judgments, an obvious reference to the acquittals of some of the accused. Karnavas’s colleague from Canada Gosnell corrected Karnavas, noting that in the meantime the defense lawyers may have become ‘more skilled’ and their appellate motions ‘better worded’.

In the part of the discussion dedicated to the public nature of trials, Karnavas spoke about witness protection: in some cases, as many as 50 per cent of witnesses have testified with protective measures. British lawyer Steven Kay spoke about the repercussions of the Rule on matters not subject to disclosure. Defense counsel Gregor Guy Smith addressed the issue of the ethics of communications with the media.

In the afternoon, the discussion focused on the role of the Association of the Defense Counsel practicing before the Tribunal. Judges Bakone Moloto and defense lawyers Eugene O’Sullivan and Stephane Bourgon spoke about the importance of their role and the future of the associations of defense counsels practicing before international criminal tribunals.

As the conference drew to a close, there was a debate about the Tribunal’s legacy, the expectations and the actual situation, the perception of the Tribunal in the countries of the former Yugoslavia and the challenges defense lawyers face practicing international criminal law. Defense lawyers Colleen Rohan and Edina Residovic as well as former defense counsel turned judge Howard Morrison participated in the panel offering their insights.